New hybrid products launched at ISH widen the range of hybrids which could be suitable for retrofit.

Gas heat pumps – early stages, but a widening range of products is emerging for new build and retrofit

The market today is limited by a lack of products, but ISH 2013 shows promising signs of product emergence.  The next 2-3 years of development and commercialisation will be critical in determining the performances which are really achievable, the cost-reduction potential, and ultimately the size of the market opportunity.

Traditionally inverter-driven compressors have been developed only by the (Asian) aircon companies.  European companies buy in the technology as OEM products.  ISH demonstrated a shift towards European companies manufacturing inverters themselves, or learning how to do it through partnerships:

End user controls and mobile apps – getting smarter, or just a marketing tool?

Some of the most prominent features at ISH 2013 were the large number of online tools, software and mobile apps on show designed to enable end-users to easily (and remotely) control their heating systems (and potentially wider home environment).  Heating companies are moving into this space, where they could find competition from, or partnerships with, for example, home energy management system developers.

Smart heat pumps – New SG Ready label on most German HPs, but no clear standard yet

The popularity of the ‘smart heat pumps’ topic did not translate into a large number of products at ISH.  The most prominent activity we saw was the German “Smart Grid Ready” label – seen on most of the German heat pumps being shown at ISH.  This is not yet a clear standard (e.g. no standard requirements for communication protocols).  But the label is an effective political marketing instrument to exert pressure on utilities/government to provide the necessary environment within which to capture the value from heat pumps in smart grids.

Two of the major types of manufacturer active in the heat pump market have traditionally both had some competitive advantage of the other for certain applications.  But there is increasing convergence in the technologies being accessed by the two types of player, and products on show at ISH 2013 were testament to this increasing trend. 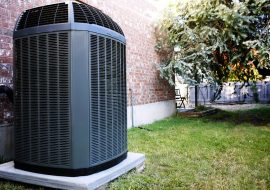 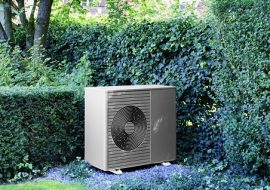 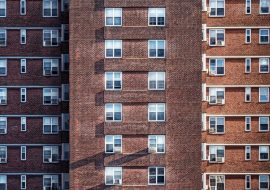 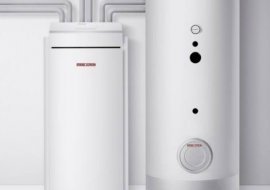 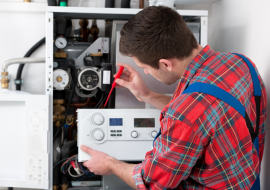